Evidence-based medicine series: The many medical benefits of manuka honey

Evidence-based medicine series: The many medical benefits of manuka honey

In my new ‘Evidence-based medicine series’ I take you through the scientific evidence for common, but not always mainstream, treatments and remedies.  First up is manuka honey.

The many medical benefits of manuka honey

If I ever have a sore throat I always reach for a spoonful of active manuka honey. I swear by it, as time and again it seems to heal my sore throat and prevents me from going on to develop a nasty cold virus. As a scientist, I know there is a great deal of scientific evidence for the anti-viral, anti-bacterial and anti-inflammatory properties of active manuka honey from New Zealand and Australia.

There is strong scientific evidence that manuka honey is a very potent agent for killing the influenza (flu) virus. Scientists looking at the anti-viral effects of honey have shown strong anti-influenza activity with manuka honey in particular showing strong inhibition.

One research team, led by Professor Ken Watanabe from Nagasaki University in Japan, has reported that honey actually inhibited replication of the flu virus. When the influenza virus was pre-treated with manuka honey before infection of cells, the virus was rendered inactive. This is termed virucidal activity.

“Influenza viruses are a serious threat to human health. Thus, there is an urgent requirement for the development of novel anti-influenza virus drugs,” explained Prof Watanabe.

“Natural honey has been reported to exhibit antiviral activities against rubella virus and varicella-zoster virus and is used to treat recurrent herpes simplex lesions.”

Writing in the journal Archives of Medical Research, Prof Watanabe, also described a strong synergistic effect of honey with the anti-viral medicines zanamivir and oseltamivir.

Both zanamivir and oseltamivir are M2 ion channel inhibitors and the usefulness of this class of anti-virals has been limited due to development of drug resistance.

The researchers also noted that further research is necessary to determine the exact anti-viral components in honey and whether synergistic activity can be observed with other anti-virals.

“Our results showed that honey, in general, and particularly manuka honey, has potent inhibitory activity against the influenza virus, demonstrating a potential medicinal value.” 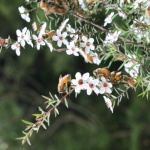 Manuka honey has also been shown to have multiple wound healing properties.  The mechanisms by which manuka honey assists in wound healing have been published in a comprehensive review in the academic journal Wounds.

The authors of the review, Prof Peter Molan, University of Waikato, Hamilton, New Zealand and Dr Tanya Rhodes, condense the huge volume of scientific evidence which has been published and outline every component and property of manuka honey which combine to give it incredible wound healing qualities.

Prof Molan and Dr Rhodes explain that some of the properties that enhance wound healing include:

The authors also detail the companies that currently manufacture manuka honey impregnated dressings for use in the clinical setting:

“Bacterial infection and critical colonization can inhibit healing, either through the direct effects of bacteria on wound tissue, or through the deleterious effects of excessive inflammation, but the combination of antibacterial and anti-inflammatory activity within honey, along with the debriding action of detaching slough (which is a harbor for inflammation-causing bacteria), may explain why honey can so readily bring about the healing of chronic wounds,” concluded the scientists.

You can read the full article here to find out more about wound healing manuka honey.

Ground-breaking new research published in the journal Frontiers in Microbiology has shown that antibiotics and manuka honey work synergistically to destroy bacteria.

The research, conducted across three institutions in both Australia and New Zealand, has shown for the first time that the bacteria Staphylococcus aureus (S. aureus) can be destroyed more effectively when antibiotics, such as Rifampicin and Oxacillin, are used together with medicinal manuka honey.

Professor Liz Harry, who heads the group researching honey at the iThree Institute, University of Technology Sydney, explained that the research was conducted “to address the urgent problem of antiobiotic resistance”.

S. aureus is commonly involved in slow-healing, chronic wounds like diabetic foot ulcers and venous leg ulcers. Methicillin-resistant S. aureus (MRSA) is a strain of the bacteria that has become resistant to the majority of antibiotics and now poses a serious health risk.

The antibiotics were combined with controls of no honey (black bar on graph), and a 5% sugar solution (blue) and tests of 5% manuka honey (purple) or 5% Medihoney (red). The results can be viewed here.

“We demonstrate increased sensitivity to both antibiotics and manuka-type honeys when they are used in combination, even when strains are clinically resistant to a particular antibiotic,” reported Professor Harry.

“For all tested S. aureus strains, the rifampicin-honey combination is the most promising, with synergistic inhibition observed for both planktonic growth and biofilm formation. Thus our work suggests that NZ manuka-type honey has excellent potential as an alternative natural antimicrobial agent for use in combination therapy with rifampicin against S. aureus-related skin infections.”

In previous research it has been found that manuka honey works in multiple ways, not only destroying the bacterial infection directly, but also acting by other mechanisms that promote wound healing and boost the immune system.

Professor Harry commented that: “Honey represents a ‘challenge to the norm’ for healthcare workers and remains under-utilised in mainstream healthcare, often only used as a last line treatment when other therapies have failed.”

You can read the full text of the journal article here. 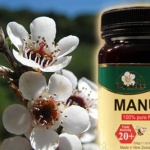 Did you know that all manuka honey is not created equal? Do you want to know how to choose a potent manuka honey?

When you purchase a jar of honey you may notice a UMF® factor – perhaps 5+ or 10+, some are even 15+ or 20+. So what does this number mean? UMF® stands for ‘Unique Manuka Factor’ which is a measured rating of the bioactivity found in New Zealand Manuka honey. Manuka honey is produced by bees that collect from a New Zealand native species called Manuka or Leptospermum scoparium. Some Australian species of manuka also give rise to active manuka honey.

The UMF of Manuka honey is calculated by measuring its effect on bacteria growing on an agar plate and comparing it to phenol. A UMF® of 10 is manuka honey that destroys bacteria in an equivalent way to a 10% phenol solution. The test is done in this way as this is how the potency of disinfectant was assessed in the past.

The procedure involves growing MRSA bacteria (also called Staphylococcus aureus or Golden Staph) on agar in a petri dish. Manuka honey is then placed in the centre of the dish and ‘incubated’ for several days. The ‘zone of inhibition’ where the honey has destroyed the bacteria is then compared to a group of agar plates that have been treated in the same way, but instead of honey, 5%, 10%, 15%, 20% phenol solutions have been placed in the centre of the dish. If the ‘zone of inhibition’ matches that on the 15% phenol plate then that honey gets a rating of UMF 15+ (or NPA 15+). 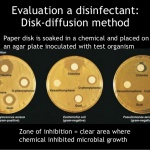 Professor Peter Molan, of the University of Waikato, NZ, explains why it is not just methylglyoxal (MGO) that gives manuka honey its special properties. Writing in The New Zealand Beekeeper journal (May 2008) he explains:

“There is no argument about MGO being the only antibacterial compound of any significance in manuka honey.”

“Something in manuka honey, without any antibacterial activity of its own, acts as a synergist with the MGO to create an effect greater than that predicted by knowing on the separate effect of the MGO.”

Approximate ratings of UMF/NPA to MGO are as follows:

So, just how potent is your manuka honey?

You can read Prof Molan’s full explanation here. You can read more about the science of UMF ratings here. Please note that UMF® is a registered trademark of the Active Manuka Honey Association.

Help for people with cystic fibrosis

According to the findings of research published in the journal Archives of Microbiology, antibacterial manuka honey inhibits the growth of two strains of bacteria that are commonly found in the lungs of people with cystic fibrosis. This research may pave the way for new combined medicines that rely on the synergistic activity of antibiotics and antibacterial manuka honey and help prevent antibiotic resistance.

Dr Jenkins who conducted the research at the Department of Biomedical Sciences,Cardiff Metropolitan University,Wales, UK, reported that:

“We believe that manuka honey may have a role to play in the management of cystic fibrosis patients with chronic respiratory infections, and in the future, we intend to investigate the activity of honey with a much larger range of bacteria and antibiotic combinations and to determine the susceptibilities of biofilms, as well as suspension cultures.”

Dr Jenkins also explained that further clinical trials will be needed to examine the interaction between antibiotics combined with antibacterial manuka honey for treating people living with cystic fibrosis.

Research from Pakistan has identified potent antibacterial properties that may be useful in the fight against antibiotic-resistant typhoid.

“The development of resistance to conventional anti-typhoid drugs and the recent emergence of fluoroquinolone resistance have made it very difficult and expensive to treat typhoid fever. As the therapeutic strategies become even more limited, it is imperative to investigate non-conventional modalities,” explained Dr Hussain of Faculty of Medicine, King Abdul Aziz University, Saudi Arabia.

“In this context, honey is a potential candidate for combating antimicrobial resistance because it contains a broad repertoire of antibacterial compounds which act synergistically at multiple sites, thus making it less likely that the bacteria will become resistant.”

The full text article can be accessed here.

Science journalism is in Australia’s interest, but needs support to thrive

Beginners guide to writing, editing and publishing a medical textbook