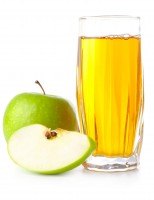 Asthma is more common in children that consume drinks high in fructose five or more times per week, according to the findings of a new research study.

The large study, conducted at New York Medical College, USA, found that children aged 2-9 years who regularly consumed drinks containing excess free fructose, such as apple juice or soft drinks, were significantly more likely to develop asthma compared to those who very rarely had such beverages. (1)

Excess free fructose, or EFF, is found in high quantities in apple juice and soft drinks sweetened with high-fructose corn syrup.  In a typical serving, the EFF content of cola is 3.9g, apple juice 9.3g and orange juice only 0.4g. 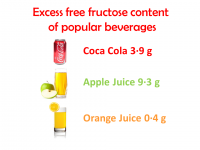 High fructose corn syrup contains 55% fructose and 45% glucose according to manufacturers, however there is evidence that the fructose content may be as high as 65% in most common soft drinks. It is this abnormally high ratio, of up to 1.8 parts fructose : 1 part glucose, that is emerging as a potential culprit in asthma. In comparison, orange juice contains around a 1:1 ratio of the two sugars.

The study made use of data from the US National Health and Nutrition Examination Survey (NHANES), which included detailed questions about beverage intake data for 1,961 children aged 2-9 years. Specific data on type and frequency of various drink types including apple juice, orange juice, soft drinks were available.

It was found that children consuming apple juice or soft drinks five plus times a week were more likely to develop asthma, even when other factors such as socioeconomic status and total energy intake were taken into account. A graph of the results is available here.

“Intake of EFF, as contained in apple juice and in the popular sweetener high-fructose corn syrup, but not in sucrose, has been shown to result in fructose malabsorption in a significant percentage of the adult population,” explained Dr DeChristopher.

Dr DeChristopher explained that fructose has become a popular sweetener, used in large quantities by the food industry, because of its sweetness which is roughly twice as sweet as glucose.   When manufacturers use high fructose corn syrup, they can use lower and more economical quantities to achieve the same sweetness as sucrose.

The consumption of high-fructose syrup in the USA and Australia has been rising steadily in recent years.   The incidence of asthma has also been rising rapidly, with reports of a three-fold increase in the past 30 years. Although, very recent studies have shown a slight decline, or stabilisation, in asthma prevalence. (2) Asthma is the most common chronic illness in Australian children with an estimated prevalence of 8.7% for girls and 14.8% for boys in 2011. (3)

While the mechanism underlying the association between EFF and asthma is yet to be determined, animal studies suggest that EFF may interact with the acidic environment of the gut to form agents that increase inflammation and allergic response. Further studies are required to prove the link between HFF and asthma and discover the exact causal pathway.