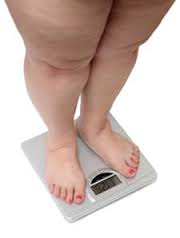 It is, of course, a generalisation, but if you look around at the average 20 to 30 year old woman, chances are she will be a lot slimmer than the average 40 to 50 year old.  What is the explanation for this?  Is it just that women lose interest in their appearance after a certain age?

In fact, hormones associated with the menopause called ‘circulating endogenous androgens’ are responsible for some of this weight gain during what is known as the menopausal transition.  These hormones modify insulin resistance making it easier to gain weight and increasing the risk of type 2 diabetes.

Recent research published in the journal Menopause has investigated whether exercise can influence these hormone levels and improve insulin sensitivity.

The research, conducted by Dr Krishnan and colleagues at the University of California, Davis, involved a 6-month aerobic and resistance training exercise programme in women, aged 42 to 52 years.  In all, 28 women participated in the study which aimed to examine the relationship between hormones, body composition, aerobic capacity, insulin sensitivity, and insulin resistance.

The exercise group consisted of 18 women who received an intervention involving combined aerobic and resistance workouts for 60 minutes a day, six days a week. The remaining women formed a control group and maintained their existing lifestyle and exercise patterns.

Measurements such as body weight and composition, plasma insulin and glucose, lipid profile, and hormone levels including dehydroepiandrosterone sulfate (DHEAS) were measured at baseline and after six months, at the conclusion of the study.

The findings suggested that the insulin sensitivity index increased significantly in those women receiving the exercise intervention compared to the control group (p < 0.01).

‘In midlife women, an increase in circulating DHEAS, such as that previously reported during the menopausal transition, is associated with higher insulin resistance, but exercise can mitigate this risk by improving insulin sensitivity, thereby countering the effects of DHEAS,’ concluded the researchers.

Should the ovaries be removed along with the uterus at the time of hysterectomy?